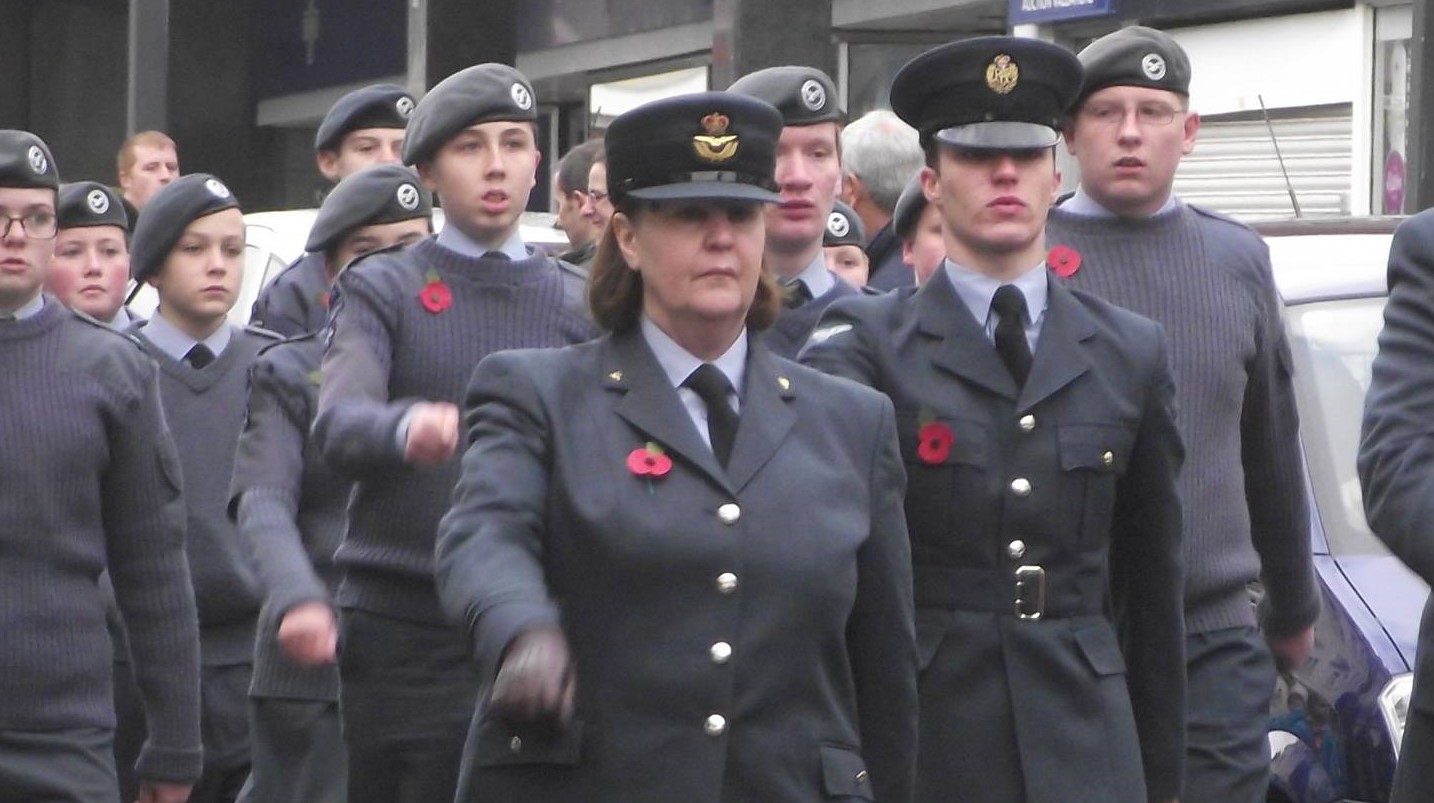 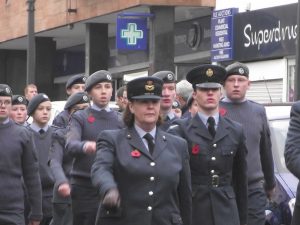 Wing Commander Harris, Officer Commanding Durham/Northumberland Wing, said, “Flt Lt Gillies has served the Berwick community and the Air Training Corps as a Civilian Instructor and as a RAFVR(T) Officer since 1997. She took command of 1016 (Berwick) Squadron in September 2000 and built this geographically isolated unit into a thriving air-minded centre of excellent, parading some 40 – 45 Cadets. In 2011 due to her employer reorganisation, Flt Lt Gillies could not undertake her duties as Officer Commanding and relinquished her commission. Without her leadership the Squadron declined in cadet numbers, staff resigned and the overall capability of the Squadron all but collapsed with only a handful of Cadets parading. In July 2014, following a further reorganisation of her employment, she returned to the Squadron to see that cadet numbers had dropped to single figures and the sustainability of the unit was in doubt. She immediately volunteered to become a Civilian Instructor and took control of the Squadron, regaining her commission. In a short time, cadet numbers increased to over 30, and Flt Lt Gillies recruited six new members of staff, three of whom are now in uniform. In everything that she does, Flt Lt Gillies is an inspirational leader with a genuine interest in the welfare of everyone involved with the Squadron she commands.”

Group Captain Leeming, Regional Commandant North Region ATC, added, “Flt Lt Gillies continues to lead, motivate and inspire her Squadron. Without her commitment, it is doubtful as to whether the Squadron at Berwick would have survived. Her outstanding dedication is eminently worthy of recognition.”

Flt Lt Gillies said she had been shocked when she received the phone call to inform her of the award. “It’s not something you expect to hear,” she said. “I’m really pleased to have been nominated, but it’s been a team effort, not just me.”