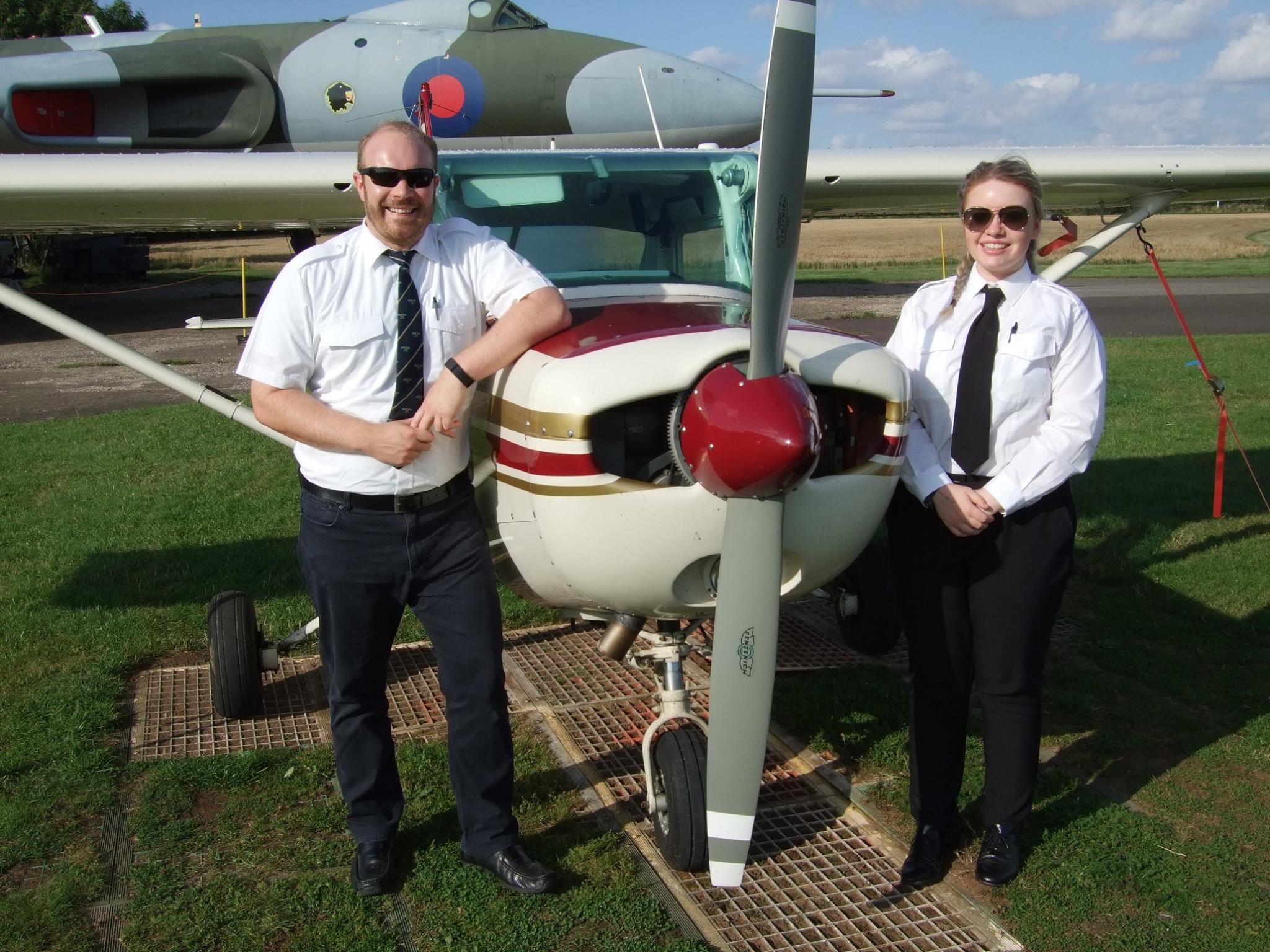 Cadet Flight Sergeant Esmée Webley, an 18-year-old Cadet with Bedlington Air Cadets, has qualified as a pilot, thanks to a scholarship funded by the Royal Air Forces Association.

Esmee was awarded a 35 hour scholarship which allowed her to obtain an EASA Light Aeroplane Licence (LAPL). She chose to top this up to a full 45 hour EASA Private Pilot Licence (PPL) course, and succeeded in completing the entire flying syllabus and theoretical knowledge examinations within the six weeks of her school holiday!

Chief Flying Instructor, Raymond Stock, was impressed with Esmee’s performance throughout the course: “Esmee demonstrated dedication as well as intelligence. She also managed to accompany the Club on two fly-outs; one to Cherbourg in France and the other to Brighton on the South Coast. She was at the controls of a light twin aeroplane on both legs of the trip to France. With further flying training and experience; she will indeed develop into a skilled and knowledgeable pilot. We wish her well for the future.”

Esmee hopes to join the RAF in an aircrew role and hopes to fly the Chinook or Boeing C17 as a career, once she has left her sixth form college.

Flight Lieutenant William Booth, Officer Commanding at 2522 (Bedlington) Squadron, said: “We are all incredibly proud of Esmee and her achievements. She epitomises the positive and ambitious attitude that we encourage in all our young people, and is an inspiration to many of our younger cadets.”

Air Vice-Marshal John Cliffe, Chairman of the RAF Association and a former RAF pilot, said: “We are delighted that these young adults who aspire to a life in aviation are going to receive some flying training and so take the first steps. Because of the costs involved in flying, I know only too well that such opportunities are beyond most families, and so it is really pleasing that the Royal Air Forces Association is able to help make these dreams become reality.”