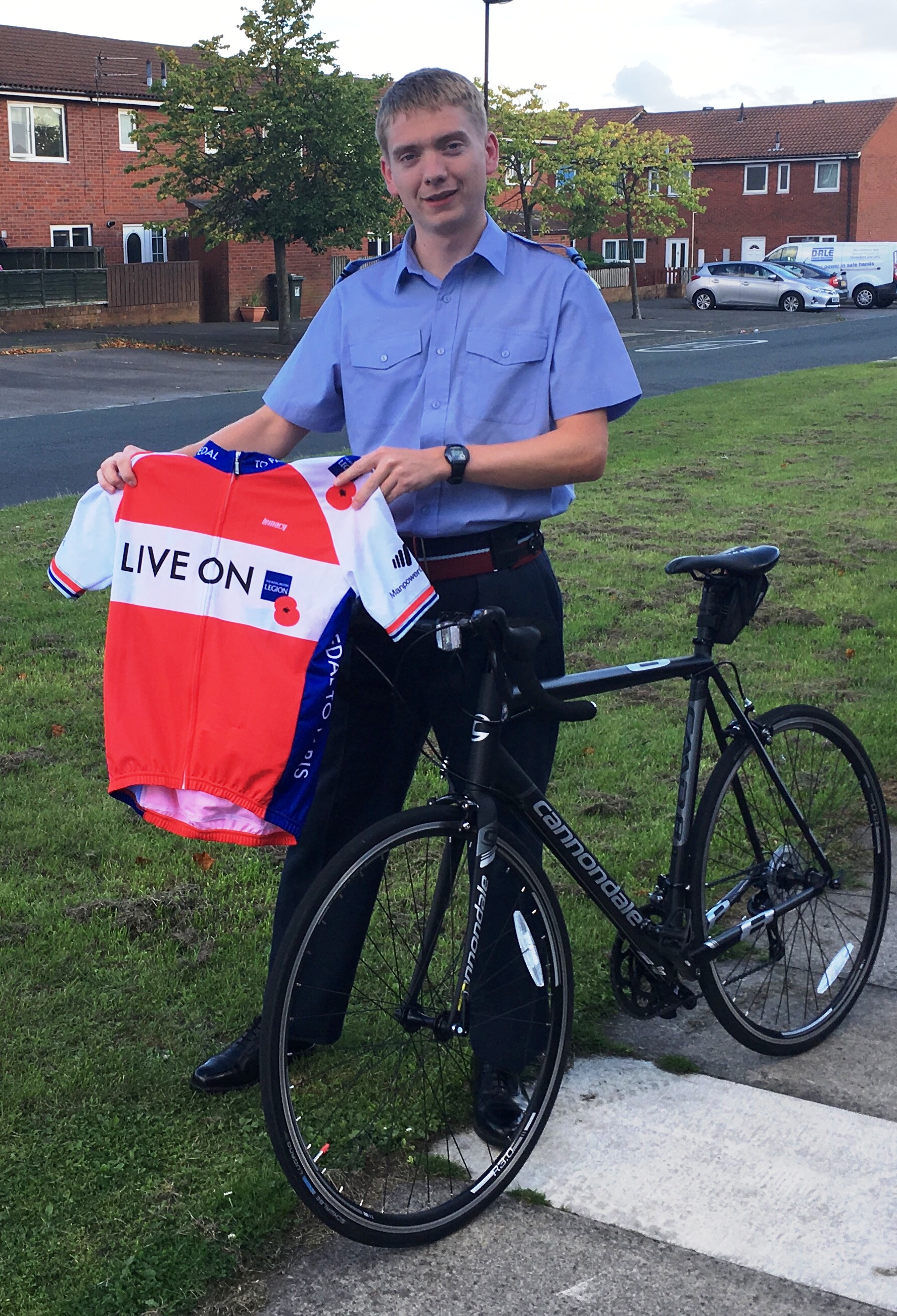 Flying Officer David Anderson, 27, an officer at 2344 (Longbenton) Squadron Air Cadets, is in training to take on a gruelling challenge for The Royal British Legion by cycling from London to Paris in just four days.

Next month, David, who works full-time as an M&S Section Manager, will join more than 350 other cyclists at Greenwich Park, London, next month at the start of the Pedal to Paris bike ride to raise money for the British Armed Forces community. The 300 mile route takes in the Kent countryside, the white cliffs of Dover, Calais, the rivers Somme and Seine before finishing in the heart of Paris. A Service of Remembrance will be held at the Arc de Triomphe. Pedal to Paris is the only other cycling event next to the Tour de France, for which the Champs-Élysées is closed to traffic for the cyclists to cross onto the Arc de Triomphe.

As part of Team M&S, David  is hoping to raise at least £2000 for the Legion, the nation’s biggest armed forces charity, which delivers through life support to serving personnel, veterans and their families.

“I’m certainly no Chris Froome, but I know I’ll complete the challenge for such a worthy cause, said David. “The Royal British Legion helps members of the armed forces community all year round as well as campaigning on their behalf. If I raise over £2,000 for the London to Paris cycle I will again wear the Percy Pig costume for the whole journey!”

Nicola Tallett, Interim Director of Fundraising at The Royal British Legion, said:  “We are very grateful to David for taking on the Pedal to Paris challenge. It really is an incredible experience and we wish him all the best for the ride, which is celebrating its 20th anniversary. Apart from the training that goes into preparing for the event, the fundraising that he is undertaking on behalf of the Legion will help those we support live on to a more hopeful future.”

Pedal to Paris is the UK’s longest running charity bike ride between the two capital cities. Since it started in 1996, the event has raised more than £5 million for the Legion, helping support its vital work with the Armed Forces Community. If you wish to sponsor David Anderson please visit https://www.justgiving.com/fundraising/David-Anderson49

Longbenton Squadron is currently open to new members in Year 8 or above. Please visit www.2344.org.uk for further information.