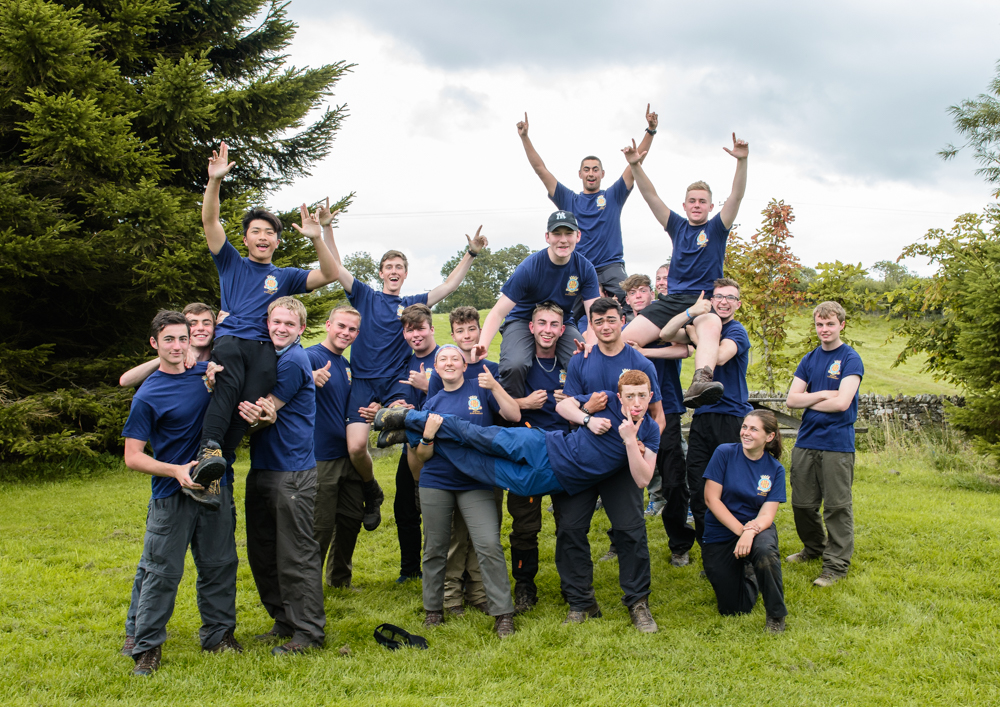 Air Cadets from across the Durham/Northumberland Wing area have completed the expedition section of their Gold Duke of Edinburgh’s Award.

The 22 Cadets and Staff, aged between 16 and 24, spent four days in Northumberland’s Cheviot Hills, completing a journey on foot that they had planned themselves, taking them from Wooler on the northern side of the hills, to Alwinton in the south. They were entirely self-sufficient throughout, carrying all their own equipment and food, camping out in tents, and even collecting and purifying their drinking water en route!

Most of the Cadets, who were drawn from Squadrons as far apart geographically as Berwick, Hexham, Wallsend, Sunderland and Newton Aycliffe, had already completed the Bronze and Silver levels of the Award, and so this was the culmination of their Duke of Edinburgh’s Award experience, and a challenge in its own right.

Squadron Leader Liz Green, the Wing’s D of E Award Officer and Expedition Co-ordinator, explained, “This is one of the toughest challenges that our young people face in their Cadet career. As well as the physicality of the venture, they have to be resilient in the face of difficult terrain and unpredictable weather, and they must learn to work as a team and accept each other’s strengths and differences if they are to complete the expedition successfully. The life skills they learn as part of this experience will stand them in good stead as they move on to the challenges of the workplace or learning to look after themselves at University.”

Officer Commanding Durham/Northumberland Wing, Wing Commander Dave Harris, said, “The Gold D of E Award is one of the most prestigious achievements that we can offer our Cadets, and for 22 of our young people to complete this section of their Award together is outstanding. They should be extremely proud of their success.”