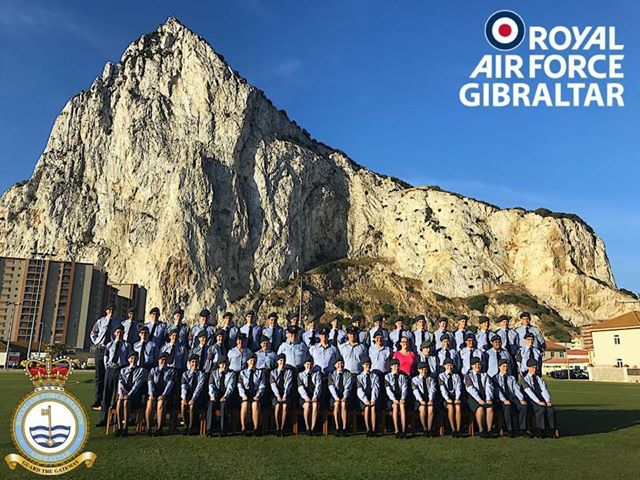 Our Cadets on camp in Gibraltar had a busy week, which included a tour of the tunnels that were dug into the Rock in WW2, a visit to the Gibraltar Defence Police Dog Section, followed by a visit to St Michael’s Cave where the Cadets also got to see some of the macaques that inhabit the rock. They also enjoyed a visit to the Royal Gibraltar Regiments EOD Unit and had an opportunity to go dolphin spotting. At the end of the week they travelled to Bahia Water Park in Algeciras, and Selwo Animal Aventura Park. The final day was packed with a variety of activities, including a tour of the Royal Navy and Gibraltar Defence Police boats and the cadets got the opportunity to watch an A400M arrive at the station and had a tour of the aircraft’s interior