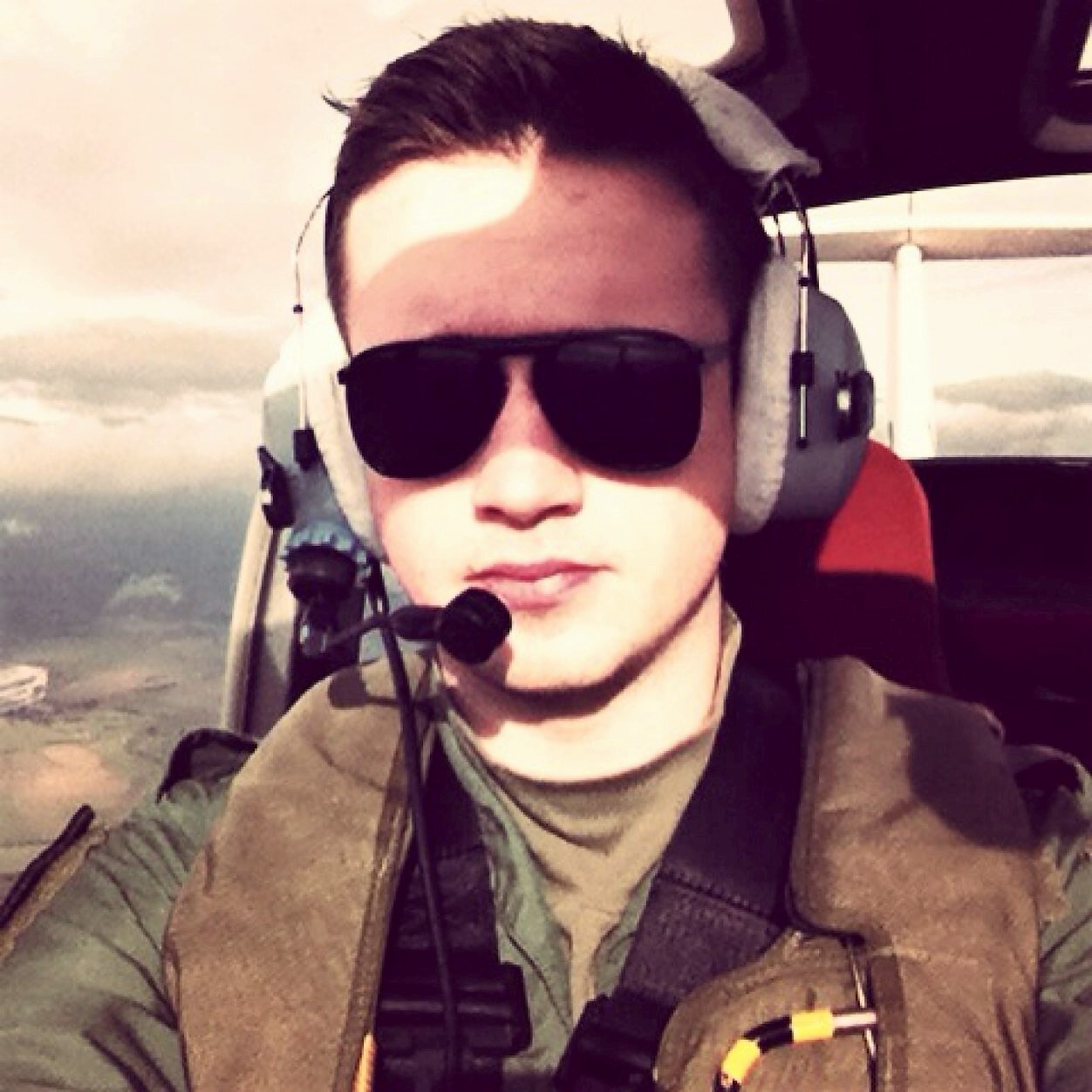 Two North Tyneside volunteers are set to join the Royal Air Force. James Nealings, 22, is set to become a RAF pilot whilst David Anderson, 27, is on course to become an aerospace battle manager (ABM.)

The duo both started their career paths as air cadets at 2344 (Longbenton) Air Cadet Squadron.

James explains; “I joined Longbenton Squadron in 2008 because my friend went flying soon after he joined and I thought, ‘well, if he can do it then I’ll have some of that too!’ I went along to the squadron and fell in love with flying straight away. I never thought that when I was 13 I would be joining the RAF 9 years later to train to become their pilot.”

After working through the squadron’s aviation activities, the ex-Longbenton High School student went on to compete his Gliding and Advanced Glider Scholarship Training at RAF Topcliffe before becoming a glider instructor at the age of 18. He then obtained his Flying Scholarship at Tayside Aviation in Dundee in record time and gained extra flying hours from the Geoffrey de Havilland Flying Foundation.

“One of the best moments of my life was being crowned the Top Air Cadet Pilot in the UK after gaining my flying wings and pilot licence,” said James. “I am really proud of this achievement and it led me to focussing on my A Levels as I knew then I wanted to fly in the RAF.

“I’m really looking forward to my officer training and thank everyone in the organisation for their support, guidance and patience. I know their continued support will help me through the coming months.

“I really don’t know what life would have been like had I not joined Longbenton Squadron,” added James.

Amazingly, David, who was commissioned into the RAF Volunteer Reserves (Training) Branch, will be joining James on the same officer training course at RAF Cranwell later this month.

“Being in the RAF full-time has always been an ambition of mine,” said the ex-M&S Section Manager.

“I am very sad to be leaving Longbenton Squadron as I have learnt so much from my time there as a cadet and officer, gained qualifications and made some lasting friendships and memories.

“I have thoroughly enjoyed working with the youngsters and helping them to grow – including James! I’m delighted that he will be working toward achieving his life-long ambition and I’m sure we’ll help each other along the way,” David said.

David became a Flying Officer and served as a Squadron Officer at Longbenton; leading the squadron to multiple sporting successes; expeditioning in the Pyrenees and playing a pivotal role in delivering air cadet training in both Cyprus and Gibraltar.

David said, “I left school and went straight into employment before reading a degree part-time, so I did do things the hard way but it has paid-off now and I’m really looking forward to continuing to work hard and pass-out as an ABM.”

ABM’s identify aircraft to ensure that potential threats are intercepted by RAF Typhoon jets in the UK. Overseas, in areas of conflict, ABMs command the air battle and control airspace so that fast jets, helicopters, unmanned air vehicles and the Royal Artillery can achieve their mission to deliver air power where it is needed.

Squadron Officer Commanding, Flight Lieutenant Gary Richardson, said, “We are all tremendously proud of both David and James. They have shown that hard-work, resilience and courage can lead to ambitions being achieved.

“The pair are excellent ambassadors for Longbenton Squadron, the wider Air Cadet Organisation and the training opportunities we deliver, whatever the career path individuals choose to take.”